Day 12 was to be one of those days where I get to enjoy a day in the saddle twinned up with one of my other interests – Steam trains.

So having parked the car at a convenient spot in Alton it was time to board the train to Arlesford – the friendly Watercress Line staff were more than happy to help me stow the bicycle in the guards van which just got me to thinking of how much easier cycle touring would be these days if trains still had such facilities.

The train ride to Alresford takes a pleasant forty minutes, during which there is plenty of time to see the rolling hills and countryside the area is famous for. So on arrival at Arlesford it really should have been time to get on the bike however I couldn’t resist hanging around the station a little longer to look at the trains and take a few pictures.

Tearing my self away from the trains my first checkpoint was no more than twenty yards or so from the station building so barely required getting on the bike for, but there it was so duly photographed it was time to head out to the second checkpoint at Winchester.

So leaving the village and heading westward along the B3047 the road turned towards Itchen Stoke and out in to the countryside generally following the course of the river Itchen through Itchen Abbas, Martyr Worthy before taking a southerly turn to Easton where the road finally runs out and turns in to a cycle / foot path and hits the Winnall interchange of the M3 / A272. Fortunately the cycle path had its own course across the interchange where it was a short ride along Easton Lane and one way system into the checkpoint in the city.  While in the city it was time to stop for some lunch, the hardest part of which was deciding where to eat. 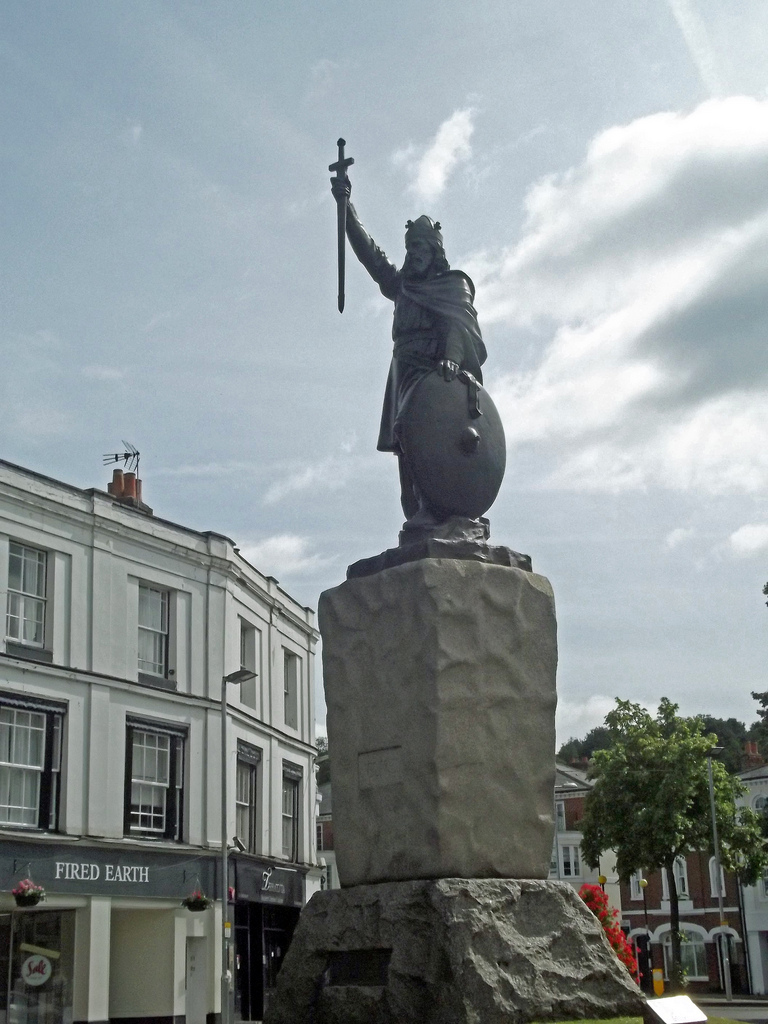 So feeling fully refreshed it was time to head back to the start, and having plenty of time I chose the longer of my two options which was to cycle the whole way back to Alton. Rather than simply turning around and following the same route back I opted to go a little through the city and then north through Abbots Barton, over the A34 and on to Abbots Worthy where I re-joined the outbound route back along the B3047 to Arlesford.

Once back in Arlesford it was hard to resist the temptation to jump back on the train and travel back to Alton by steam, however I did, and continued along the B3047 to Bishops Sutton. From here, rather than take the more direct but busy A31, my route took me a little north through Gundleton, Bighton, and along to the village of Medstead, all of which had been taking a noticeable uphill slant since Arlesford. Once at Medstead the road now took a nice downhill turn back for the last five miles through Wivelrod and Beech and then in to the start at Alton.

Yet another great days riding in pursuit of the BCQ with the bonus of a steam train ride. Overall the route is pretty flat, following the valley of the Itchen River for much of its course with there just being a gentle climb on the journey from Arlesford to Alton.