Following the unfortunate events of Day 7 I got the bike back in just under a week and decided I needed to take it out on a test ride before going away on any longer trips again, and fortunately the BCQ was once again able to come to my assistance with a local(ish) route about twenty miles or so away.

The target checkpoint for today was to be the one at Pirbright in Surrey, a more than achievable 44 mile round trip although the scenery wouldn’t really be much to look at as it would all be fairly built up, and very familiar as it was all in a part of the world where I grew up and spent my first few years at work. But the main purpose of the day was to test the bike so off I set just after rush hour.

Taking some busier roads than normal I set off through Barkham, and the outskirts of Finchampstead to join with The Nine Mile Ride, and old Roman leading to Berkshire’s only Hillfort known as Caesars camp. From here I turned towards Camberly and Sandhurst on the Owlsmoor Road skirting around the back of the world famous Broadmoor Psychiatric Hospital (home to Ronnie Kray and Peter Sutcliffe amongst others) and into Camberley. 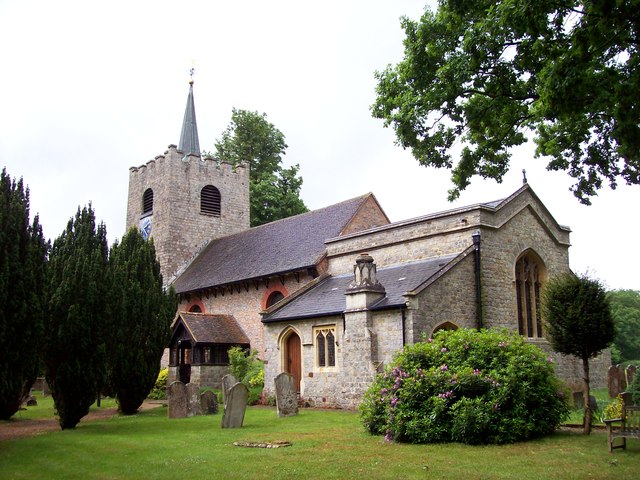 From Camberley the roads turned very busy as I rode through the town and out through the adjoining town of Frimley, home to Lakeside Country Club, famous for its years of hosting Darts tournaments. Once through Frimley it was finally time to hit a few country roads for the ride in to Pirbright itself, which was a little up and down, but once in Pirbright the Church and checkpoint were nice and easy to find.

Having had a good, but busy ride out to the checkpoint it was time to head back home and to stop for lunch at a pub I hadn’t frequented for many years. Rather just re-trace my steps back I took the slightly quieter road out towards Mytchett, Skirting the edge of Farnborough town, and on along the Hawley lane towards and in to Yateley. Once in Yateley there was the chance to take some much needed quiet back roads through to Finchampstead where I was able to stop at the Queens Oak pub for a nice pub lunch and to reminisce a little as I’d frequented this pub many times before when I used to live and work in the area.

From the Queens Oak it was pretty much a repeat ride of the first few miles out back home for chill in the garden followed by a warm bath. The test ride had been a success.

Although on this ride I didn’t stop to visit / explore as it was an area I was already familiar with, the route I took passed very close to Swinley Forest in Bracknell and the Lookout Discovery Centre on the way out. On the way back the route runs close to a National Trust Park known as ‘The Ridges’ both of which are worth stopping at and exploring.